Tiki Taka is a collective of rooftop football facilities in Chennai. Our venues are developed to become state of the art facilities with world class amenities.

Tiki Taka Kilpauk :
1. The playing arena is 4200 SqFt (Exact dimensions required by FIFA for a futsal arena
2. The playing surface is astroturf (synthetic grass) which is a FIFA approved grade 1 playing surface which means we allow people to play wearing standard football studs.
3. We also house a modern dressing room with locker and shower facilities modeled after the one in Wembley, London.
4. A mesh on all sides will be raised for a height of 20 Ft ensuring the ball does not leave the arena.
5. High Powered LED Flood Lights will ensure the game goes on even into the night

The facility will work on an hourly rental basis.

The facility is located at 17, Lakshmi Street, Fitness One Building, Kilpauk. (Off New Avadi Road) and right opposite Pachaiyappas college.
It is a one of a kind arena, built for footballers by footballers.

Tiki Taka T. Nagar is equipped with a covered roof to ensure that heat, rain or any extreme weather doesn't stop your game. The arena is equipped with modern players lounge, changing room and showers. Tiki Taka T. Nagar has a covered parking lot in the ground floor of the building. The arena also contains an air-conditioned viewing gallery which can seat 100 people for an unmatched view of the game. The venue also contains a private lounge area with a view of the entire arena, a commentator's box and a meticulously calibrated professional audio setup both inside the lounge as well as in the arena 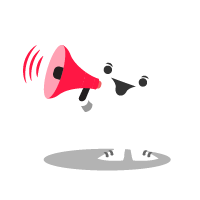 Enter verification code sent via email/sms by your academy