The arena was designed in an effort to grow and promote Badminton in Western Australia. As such, we hope to  serve as more than just a place for badminton fans to enjoy the sport, but also as a hub for the community to share our love for the sport.

Our goal is to nurture the youth of today in hopes of creating Australia's first Badminton World Champion and the future Champions of tomorrow.

Hope are all enjoying the school holiday break. There is a lot going on for our NKBA families with the Mandurah Open comp just past and Australian U13 & U17 Championships in Ballarat, Victoria going on till today.

Im excited to say that the YONEX NKBA Junior Series 3 entries are now open and will run from the 8th-9th October. So put your entries in soon and contact all your doubles and mixed partners and remind them to enter as well. If you do not have a partner you can just select ‘Partner Required’ 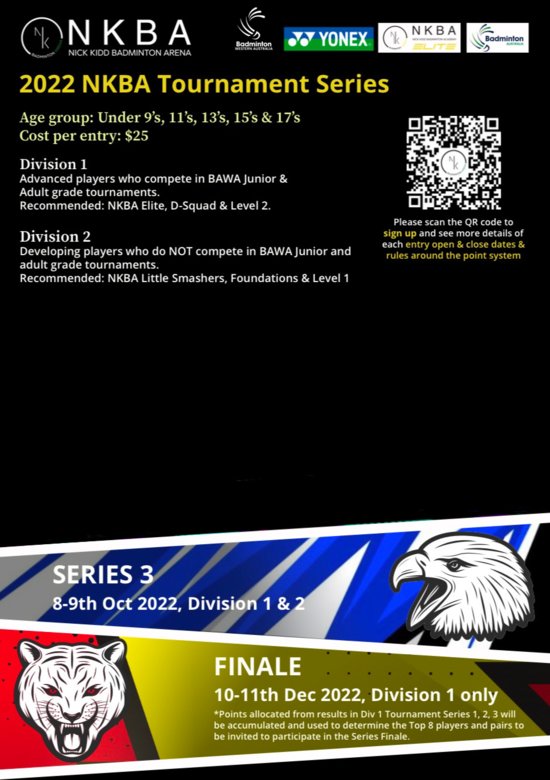 Please check your inbox for a confirmation email from spyn. Click on the link in the email to confirm.

Enter verification code sent via email/sms by your academy